Fears ISIS Would Destroy Palmyra Are Once Again Justified 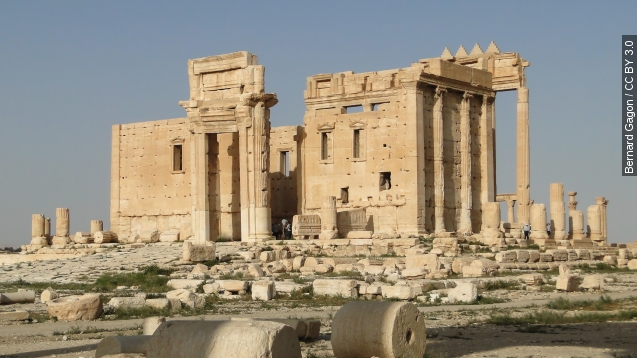 SMS
Fears ISIS Would Destroy Palmyra Are Once Again Justified
By Matt Picht
By Matt Picht
August 30, 2015
ISIS followed up the destruction of Palmyra's temple of Baalshamin last week by blowing up the Bel Temple.
SHOW TRANSCRIPT

The ancient city of Palmyra has once again been attacked by the terrorist group ISIS. International monitors confirmed Sunday that at least part of the Temple of Bel was destroyed in an explosion.

The temple, dedicated to the Semitic god Bel, was one of the most important structures still standing in Palmyra. Al Jazeera reports ISIS militants detonated over 30 tons of explosives at the temple.

ISIS has a history of destroying and looting historical artifacts which the group regards as idolatrous. Palmyra's ruins have been in jeopardy since the group took over the area on May 21.

ISIS has been stepping up its assault on Syria's past. Last week the group leveled the Temple of Baalshamin in Palmyra, and before that beheaded 82-year-old archaeologist Khaled Asaad, who worked at the Palmyra ruins for more that 50 years.

The Director-General of United Nations Educational, Scientific and Cultural Organization, which designated Palmyra a World Heritage Site, condemned ISIS's attack on the ruins last week, writing ISIS "cannot silence history and will ultimately fail to erase this great culture from the memory of the world."