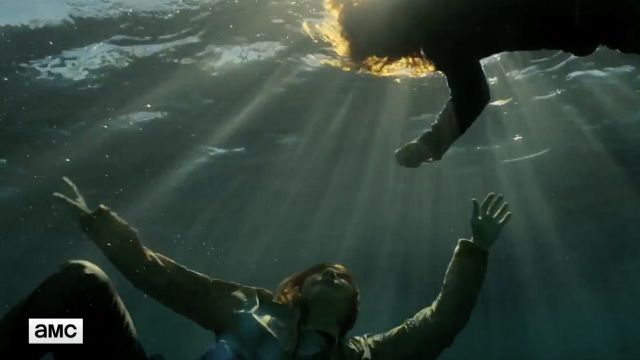 Season two of "Fear the Walking Dead" premiered Sunday night, distracting "The Walking Dead" fans from that season finale and giving them something else to ponder: Can zombies swim?

If the season two premiere is any indication, yes. Fans — and Nick and Chris — find out that water zombies are actually a thing, and lumbering land walkers aren't the only monsters to fear in this series.

But one question fans might've been more concerned with is how zombies can swim.

Several folks jumped online to answer this query, many of them comparing zombies to cadavers. The simple answer: That zombie in the season opener was most likely floating because of gas buildup in its body — which is what happens during decomposition. Once that gas is released, the swimming walker would then be the sinking walker.

As frightening as it is to think about swimming zombies, Colman Domingo — who plays stern yacht owner Victor Strand — reminds us that there are worse things: "The real fear is not sharks or scurvy or swells, it's people."