Fear Of Friday The 13th Goes Back Further Than Crystal Lake 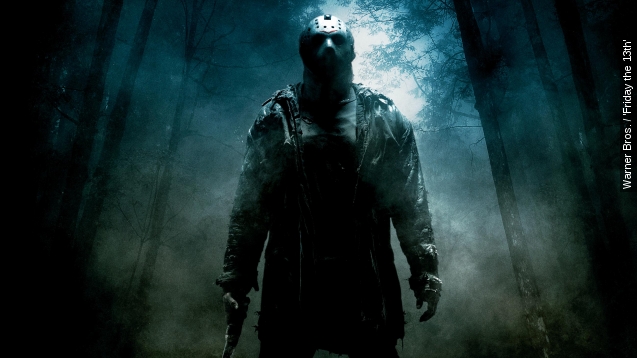 Well before Jason's machete struck fear into the hearts of our parents and then us, Friday the 13th has been a terrifying part of our culture. (Video via Warner Bros. / "Friday the 13th")

Fear of the date is common enough that scientists gave it a name that's not at all hard to say — paraskevidekatriaphobia.

And tracking down the origin of the fear is just as hard as actually saying para ... well, you get the idea. But it does help if you look at myths surrounding the day and the date separately.

Let's start with the number first. According to National Geographic, 13 has been bothering us for centuries and it's all 12's fault.

It's a number that is considered complete: 12 months in a year, 12 zodiac signs and 12 gods of Olympus. So basically anything that goes beyond that number makes people uneasy.

As for Friday, it has very Christian roots. Jesus was famously crucified on a Friday and, according to National Geographic, the first known murder — Cain killing his brother Abel — is believed to have happened on a Friday.

With that in mind, it's pretty easy to see why adding the two together scares the heck out of some people.

This video includes an image from Dafne Cholet / CC BY 2.0.