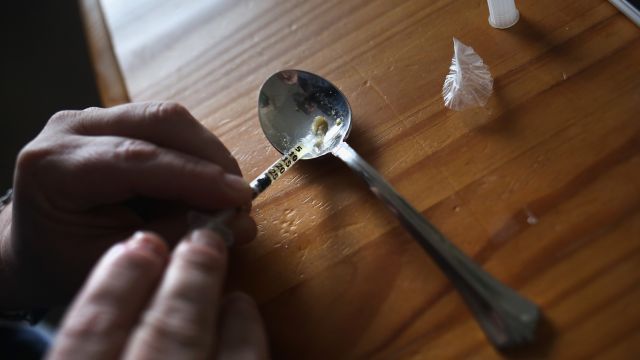 SMS
The FDA Wants To Create An App That Could Save Opioid Users' Lives
By Ryan Biek
By Ryan Biek
September 20, 2016
The FDA has announced a coding competition to create an app that will connect those who need a life-saving antidote to people who have it.
SHOW TRANSCRIPT

A coding competition may be the Food and Drug Administration's second-most-powerful tool to keep overdose victims from dying.

The most powerful tool would be naloxone — a potent antidote used when a person overdoses on opioids like heroin or painkillers.

"You can actually resurrect someone. ... It'll save, we estimate, thousands of lives a year," a spokesman for the National Institute on Drug Abuse said.

The problem is some states require a prescription for the drug. But when a person has overdosed, time is critical.

So the FDA announced a competition to create a mobile app connecting those in need of the antidote to people nearby who do have naloxone prescriptions.

The idea's been compared to Yelp, but instead of saying a restaurant is 0.2 miles away, it could tell you someone four doors down has the drug.

The winner, or winners, of the competition will take home $40,000. The FDA is encouraging participants to collaborate before submitting functional prototypes in November.