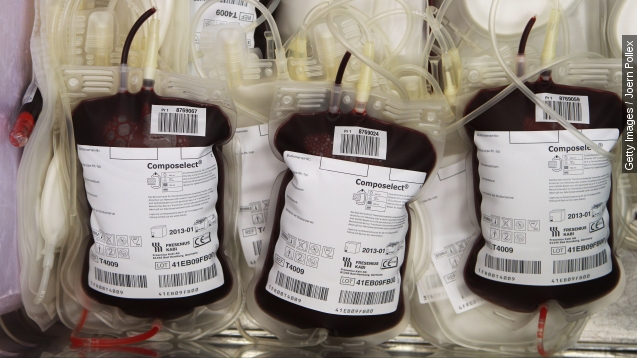 SMS
FDA Lifts Ban On Gay Men Donating Blood
By Ryan Biek
By Ryan Biek
December 21, 2015
The Food and Drug Administration officially overturned its lifetime ban and now will allow gay men to donate if they've been celibate for a year.
SHOW TRANSCRIPT

The Food and Drug Administration has officially lifted its ban on donating blood for men who have slept with men.

Now a year of abstinence is required before they can donate. (Video via The American National Red Cross)

The FDA reports only about 4 percent of American men say they've had sex with another man within the last five years.

Although it's a big change, some activists argue it sends the wrong message, with the new rule still targeting sexual orientation instead of risky behavior.

The blood donation ban for gay and bisexual men stems from the AIDS epidemic in the early '80s. The FDA implemented the ban, claiming men who have sex with men are at a greater risk of contracting or transmitting certain diseases — as if HIV science at the time wasn't sophisticated enough to detect HIV in blood or plasma. (Video via PBS)

The FDA has cited success in countries including Japan, the U.K., Brazil and Australia — which also have one-year celibacy policies — as a reason for the policy change. It also cited more effective blood screening tests.

This video includes images from Getty Images and Wellcome Images / CC BY 2.0.