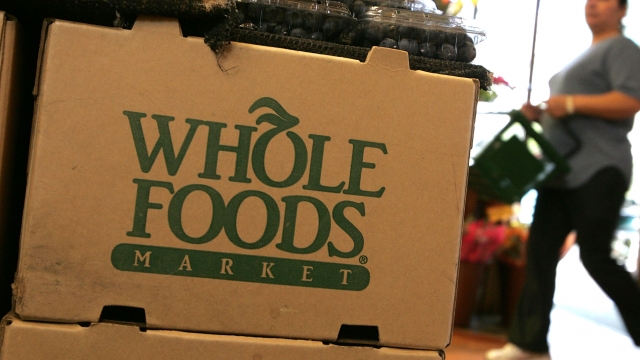 SMS
FDA Letter Says Whole Foods Is Unsanitary And Unacceptable
By Grant Suneson
By Grant Suneson
June 14, 2016
Whole Foods received a scathing letter from the Food and Drug Administration after inspectors found over a dozen violations at a manufacturing site.
SHOW TRANSCRIPT

Once the go-to organic grocer, Whole Foods has had a rough past few years, and a new letter from the Food and Drug Administration could make things a lot worse.

The FDA recently published the letter it sent to Whole Foods after inspectors visited a Massachusetts food manufacturing facility in February. The visit went poorly, to say the least.

Inspectors found more than 20 separate violations, including vegetables being prepared under a leaky drainage pipe, workers failing to wash their hands between tasks and the presence of listeria-causing bacteria.

The company responded to the violations in March, but apparently that wasn't enough. The FDA said the response was unacceptable because Whole Foods failed to prove it had corrected the problems.

After the letter went public, Whole Foods' stock price dipped 2.5 percent. That puts its shares below where they started in 2016.

And even those numbers were a far cry from Whole Foods' heyday. In 2015, its shares dropped by more than a third after a string of bad PR.

The grocer settled with regulators after a New York City store was accused of overcharging customers. But that reputation only grew after a California store was found selling a bottle of water with three sticks of asparagus in it for $5.99.

The company insists it's gotten back on track. Vice President Ken Meyer said that Whole Foods "opened our doors to inspectors regularly since February and worked with them to address every issue brought to our attention."

This video includes clips from Whole Foods Market and images from Getty Images.