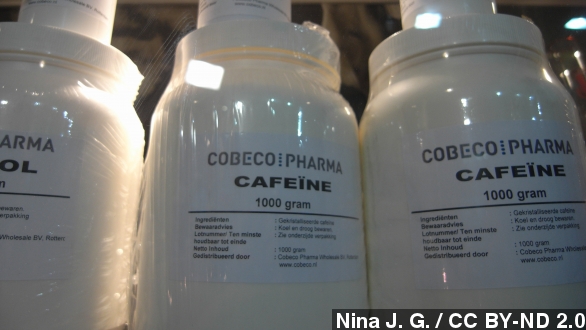 While caffeine in your coffee, tea or soda might help give you that little extra boost in the morning, the U.S. Food and Drug Administration is issuing a new warning that too much can be deadly.

The FDA is specifically citing the use of pure caffeine powder as linked to the deaths of two young men this year — 24-year-old James Wade Sweatt and 18-year-old high school student Logan James Stiner.

The FDA says part of the problem is that pure caffeine powder is easily available online — packaged and marketed similar to workout supplements.

"Teenagers, young adults are getting this powder because they want to lose weight. They also try to use it as a workout supplement. They're also trying to study longer hours ... It should not be used in any form in any way,"  said Lennox Hill Hospital physician Dr. Robert Glatter via CBS.

One teaspoon of the pure caffeine powder is the equivalent of 25 cups of coffee, meaning just a small amount can cause an accidental overdose.

The FDA has long studied caffeine and has issued warnings about its use in energy drinks, like Red Bull and Monster, energy shots like the popular 5-Hour Energy drinks, and in alcoholic beverages, like when it was used in Four Loko. (Video via KFDM | ABC | WTOL)

CBS reports if the FDA wants to go a step and officially ban pure caffeine powder products it will need to go through the courts.