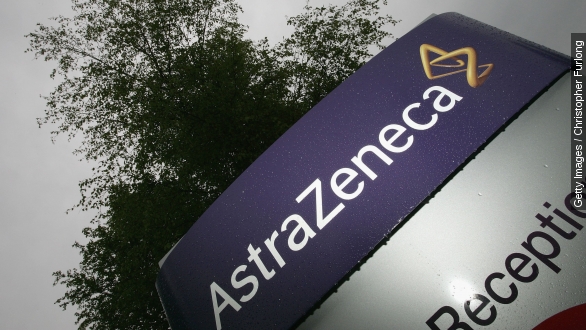 The Food and Drug Administration believes a Type 2 diabetes drug produced by AstraZeneca may increase overall death rates in patients.

According to the FDA's review of data on the drug, patients who took Onglyza were at a greater risk for hospitalization because of heart failure, along with an increased risk for all causes of death.

Onglyza falls into a class of drugs know as DPP-4 inhibitors. They can affect the body's production of glucose as a form of diabetes management. (Video via Boehringer Ingelheim)

The analysis of the drug didn't indicate the cause of the overall trend and also noted individual patients often had "morbid events" days or weeks before they died. Still, the FDA wrote it was not reassured "and we do not necessarily view this pattern of variable causes as evidence the mortality signal is due to chance."

One Bloomberg analyst wrote drawing "solid conclusions" from the study would be difficult given all those factors.

The FDA is still waiting on results from Onglyza's competitor and the market-leading DPP-4 inhibitor, Merck's Januvia.

The FDA originally approved Onglyza in 2009. Last year, the drug had $820 million in sales. An FDA advisory panel is set to meet Tuesday to discuss Onglyza and another similar drug the FDA said did not pose any increased health risks.

Correction: An earlier version of this video said the FDA was pulling Onglyza off the market. The video has been updated.