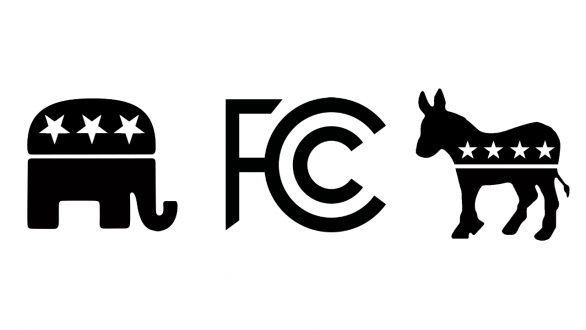 This is a political attack ad from last year. Thanks to rules set by the Federal Communications Commission in 2012, anyone can go online and see who paid how much to air this — with one catch:

Right now, that detailed information is limited to local broadcast stations and not cable stations, such as CNN, Comedy Central or ESPN. But the FCC wants to change that.

Last week, the FCC proposed a requirement that cable operators, satellite TV providers and broadcast radio stations upload detailed ad information to the FCC's website. That means if you see another ad like this:

"Sacramento doesn’t work for our family. Instead it works for the big unions and corporations."

Then you could find out who paid how much for that ad.

So why does this matter? Well, aside from improving the public's access to otherwise difficult-to-access information, it'll also give insights into how campaigns tick.

Last October, Republican research firm Echelon Insights published a study looking at how much both sides of the aisle spent on adverts for major cable channels.

Channels like Fox News were overwhelmingly Republican with large chunks of ads sponsored by the GOP. Oddly enough, the Golf Channel trumped Fox with almost 93 percent of its ads backed by Republicans compared with Fox's 83 percent.

The data was revealing. Instead of casting a wide net to influence people who have an opposing political stance, ads are instead rallying those who are already inclined to favor the message. (Video via Kentucky Opportunity Coalition)

And improvements in gathering data on TV viewers is only making this easier.

A political science professor told The Economist in 2014 that "addressable advertising" — where advertisers purchase viewers rather than traditional time slots — will make beaming political ads to a targeted audience even more effective in 2016's election. (Video via Obama For America)

And as The Washington Post pointed out, Echelon's study only covered a fraction of cable viewers because they were only using data from Time Warner Cable, which voluntarily gives data about its viewers to advertisers.

Getting more information about how campaigns are spending advertising money will reveal more about how they try to reach audiences. Before officially making its proposal, the FCC is gathering public feedback on its plan through April 14.