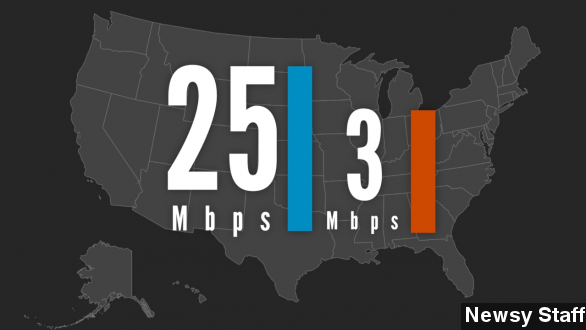 Broadband's not fast enough. You know it, I know it and the FCC knows it. Now the commission wants to do something about it.

A new draft proposal from the FCC would redefine "broadband" speeds to start at 25 megabit download and 3 megabit upload, an increase from the current standard of 4 and 1. These days that's just not cutting it.

In details it released to Ars Technica through a fact sheet, the FCC found "broadband is not being deployed to all Americans in a reasonable and timely fashion, especially in rural areas, on Tribal lands, and in U.S. Territories."

So increasing the speed required to make a connection "broadband" is generally thought to be a good thing, even if ISPs don't like it.

In fact, AT&T and cable group NCTA have argued broadband should just be left alone, that 4 Mbps down is enough.

They seem to be the only ones surprised, though. Several outlets note the FCC has been worried about slow broadband for months.

The FCC won't force any ISPs to speed up, but it can withhold subsidy money if they drag their feet. Under this proposal, end users would probably also see improved service to rural and educational settings. (Video via C-SPAN)

The FCC's report isn't currently public. Internal drafts typically aren't. But public comment is part of the expected process, so if it's ever officially circulated, you'll be able to chime in.

This video includes music from Redmann / CC BY NC 3.0.