FCC Has No Plans Of Leveling The 4G LTE Playing Field 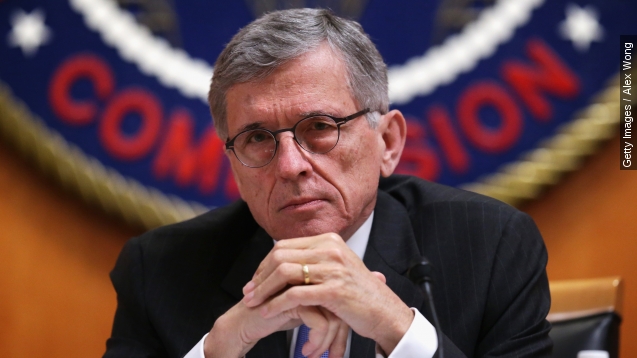 SMS
FCC Has No Plans Of Leveling The 4G LTE Playing Field
By Leah Becerra
By Leah Becerra
June 25, 2015
The FCC said Thursday it will not offer small wireless carriers more quality airwaves during an auction next year.
SHOW TRANSCRIPT

Can you hear me now? Good. Because this news concerns your cell phone.

Federal Communications Commission Chairman Tom Wheeler said Thursday the commission will not offer small carriers more quality airwaves during an auction next year. That includes pretty much every carrier not named AT&T or Verizon.

Wheeler’s message was delivered after the Department of Justice’s antitrust officials sent a letter to FCC regulators Wednesday, urging them to set aside more spectrum for the little guys. (Video via U.S. Cellular)

In the upcoming auction, cell providers will be buying up TV airwaves. But don't worry: This doesn't mean cell companies want into the TV game.

TV airwaves, or low-band airwaves, are among the best options for hosting LTE networks. So, the more TV airwaves a carrier buys at this auction, the more that carrier will be able to beef up their LTE signal. And right now the FCC only wants to reserve a relatively small portion of spectrum for carriers who don't already own a bunch of the good stuff. (Video via Westinghouse)

"Charlie the demand on this network, it is increasing by the second," said one AT&T spokesman.

"It's crazy huh?" the other replied.

"And people are relying on it more than ever — we cover more than 99 percent of all Americans."

The smaller guys — like T-Mobile, Sprint, U.S. Cellular, Cricket Wireless and more — want the FCC to shield more airwaves from the big guys' buying power. Because right now everyone agrees: LTE is the best signal you can get while on your cell phone.

One Verizon advertisement asks “If you’re not on the largest, most reliable network, what are you giving up?”

Well, you’re giving up faster downloads, better reception, quicker replies to emails — not to mention your video calls will probably look way better with an LTE signal. (Video via Apple)

The DOJ letter asking FCC regulators to level the playing field for the little guys isn’t the first time the department has attempted such a move.

In 2013 another letter was written to the FCC explaining why helping out the little guy might be better:

“Competition has been a major force in driving innovation in telecommunications, bringing consumers a wider range of choices of products and services and better prices.”

And in 2011, the Justice Department put its foot down, crushing an attempted merger where AT&T wanted to acquire T-Mobile. If AT&T had succeeded, they would have nearly stamped out any other competition. (Video via CBS)

This time, it doesn’t look like the FCC will follow the DOJ’s prodding. But next month we’ll know for sure if small carriers will be snubbed when guidelines for the auction are finalized.