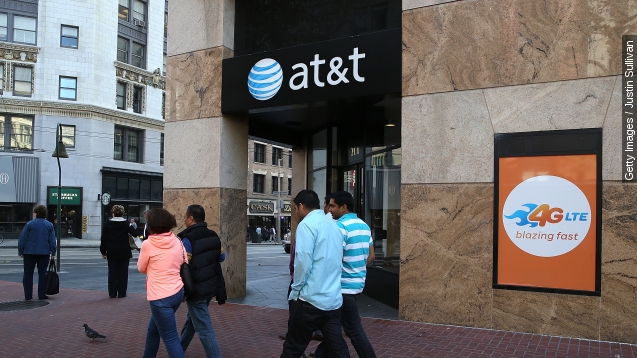 If you're one of those AT&T customers with an unlimited data plan — well, congratulations because there are fewer and fewer of you in the wild every day.

But unfortunately, it doesn't look like your unlimited plan was actually unlimited. The Federal Communications Commission fined AT&T $100 million Wednesday. It ruled the company throttled those customers' data speeds after they used a set amount of data in one billing cycle. (Video via AT&T)

In the FCC's press release, chairman Tom Wheeler said: "Consumers deserve to get what they pay for. Broadband providers must be upfront and transparent about the services they provide."

While a nine-figure fine might sound substantial, The Washington Post's tech reporter Brian Fung pointed out, "It's peanuts compared to the billions AT&T made off of consumers it knowingly misled."

The FCC says it's gotten thousands of complaints from the unlimited data customers since 2011 when the company implemented a "maximum bit rate" and capped data speeds.

It also found AT&T slowed those data speeds an average of 12 days per billing cycle, or roughly 40 percent of the month. You can see why people complained.

But good luck getting one of those unlimited plans if you're still interested. They aren't available anymore unless you were grandfathered in, and the company's site warns changing your plan means you'll never have unlimited data through AT&T again.