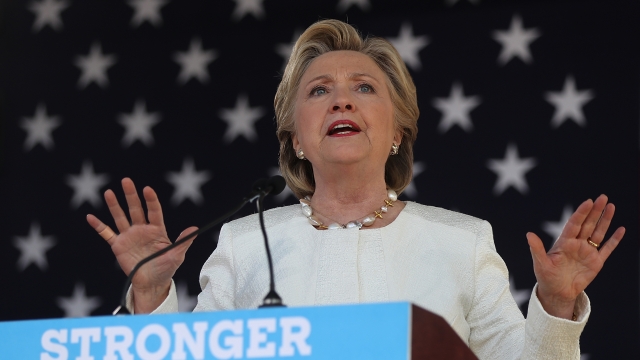 The FBI says it still won't be pressing charges against Hillary Clinton after combing through recently discovered emails from her time as secretary of state.

FBI Director James Comey said in a letter to government officials the documents "have not changed [their] conclusions" about whether the Democratic presidential candidate ought to be charged with a crime.

SEE MORE: FBI Investigating Itself For Dumping Info So Close To The Election

Comey made a somewhat controversial announcement at the end of October that the FBI was investigating new emails from Clinton's camp. The bureau discovered the emails while it was looking into the affairs of scandal-plagued politician Anthony Weiner.

Clinton dipped in several polls following Comey's announcement. Roughly a third of voters told an ABC News-Washington Post poll last week that the investigation would make them less likely to support her.

Now it appears there was nothing incriminating in those emails. Clinton's press secretary said the Clinton team was "always confident" the FBI wouldn't choose to press charges based on the new probe.