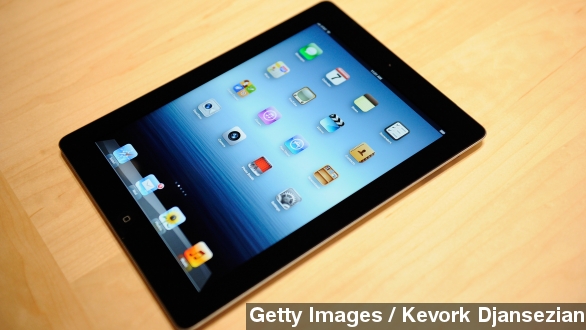 The Wall Street Journal reports the FBI arrived to collect documents as part of a federal grand jury investigation into LAUSD’s contentious “iPads for All” program. (Video via KABC)

The grand jury is looking into potential foul play in the contracting process between Apple, LA Unified and education software maker Pearson.

There are questions of whether former LAUSD superintendent John Deasy had unacceptably close ties to Pearson when he pushed for the $1.3 billion project.

Deasy resigned in October, but critics say he still has a lot to answer for.

The Wall Street Journal quotes a representative for trade union United Teachers Los Angeles: “The former superintendent cannot escape the tough questions about the ill-fated iPad project. He cannot simply resign and leave a mess for others to clean up.”

LA Unified had plans to eventually purchase 644,000 iPads — one for every student in the district. As of November it had less than 100,000, and it’s now killed the program completely.

Those following the story painted it as an optimistic education initiative turned cautionary tale.

A week after the district distributed the first tablets, students had already worked around security measures intended to restrict them to educational uses.

“All you have to do is change the personal profile information the district installed. It took two seconds,” one KTLA reporter explained.

LAUSD also reportedly underestimated the cost of the project, and teachers found the preinstalled software difficult to use. (Video via Fox News)

“As CEO and steward of a billion-dollar operation, I have to make sure things are done properly so they are not questioned.”

Cortines says the decision was a continuation of the original suspension plan started in August — and not a response to the FBI’s visit.