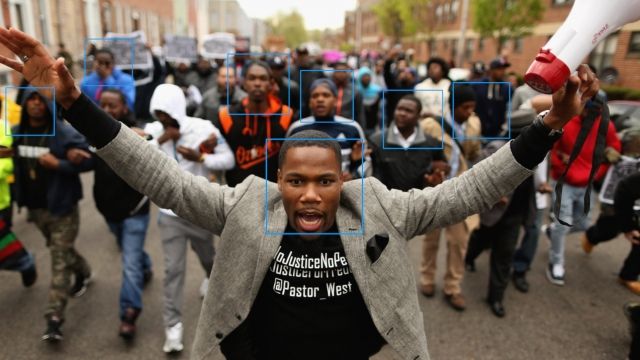 SMS
You Could Be In The FBI's Facial Recognition System And Not Know It
By Ryan Biek
By Ryan Biek
October 19, 2016
Two new reports are raising questions about how the unregulated system is used and who's in the database.
SHOW TRANSCRIPT

Facial recognition in law enforcement may be a technological advancement, but two new reports are raising questions about how it's used and who it's used on.

According to a new study from Georgetown Law, 1 in 2 Americans' faces are now in the FBI's facial recognition database. At that rate, the study says most people in the networks are law-abiding citizens.

And that's raising a lot of concerns over a possible invasion of privacy. The FBI's database is basically a virtual line-up of possible criminals. But according to Georgetown, you can't say "no" to being included like you could if you were asked to come to the police station.

The report also raises questions on whether the FBI is using facial recognition to stifle free speech and if the systems disproportionately affect ethnic and racial minorities.

The findings have prompted the American Civil Liberties Union to call for an investigation into the FBI's use of the unregulated software.

The ACLU is also calling for investigations of police departments, like Baltimore's, which may have used facial recognition on pictures of protesters to search for people with outstanding warrants.

One of the big causes for concern is the technology still has a lot of bugs. A recent study found that facial recognition software has a 50 percent error rate.

The FBI has faced criticism before for how it uses facial recognition software. Earlier this year, the bureau proposed its system be exempt from Privacy Act requirements, which would mean it doesn't have to tell individuals that they're in the system.