FBI Releases Documents From Past Bill Clinton Investigation. Why Now? 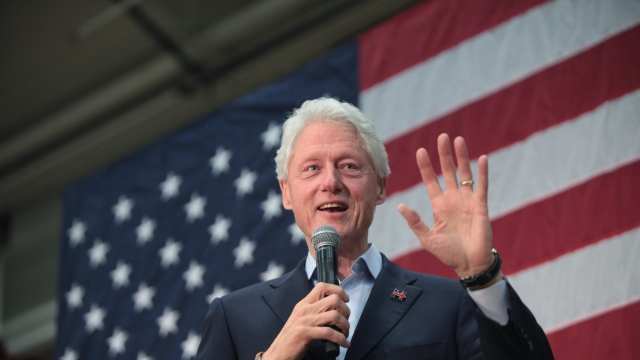 What better time for the bureau to release a bunch of files from an old investigation into Bill Clinton?

The FBI just published 129 pages from its investigation into Bill Clinton's last-minute pardon of Marc Rich. Rich was a wealthy financier wanted in the U.S. for tax fraud and making deals with Iran.

The pardon was heavily criticized, especially since Rich's wife donated more than $1 million to the Democratic Party. But a federal investigation — led by one James Comey — found no evidence of criminal wrongdoing on Bill Clinton's part.

The newly released documents have been redacted to illegibility, so they don't really shed any new light on the case. Still, this probably isn't what Hillary Clinton's camp wants to be talking about days before the presidential election.

The FBI says those documents were part of a Freedom of Information Act request that had just finished processing, and the documents were posted online automatically. A Clinton spokesman questioned on Twitter whether the document release was tied to a specific deadline.

The agency has previously posted other documents tied to the presidential election, including an overview of its investigation into Hillary Clinton's private email server and some documents about Fred Trump, the father of GOP nominee Donald Trump.