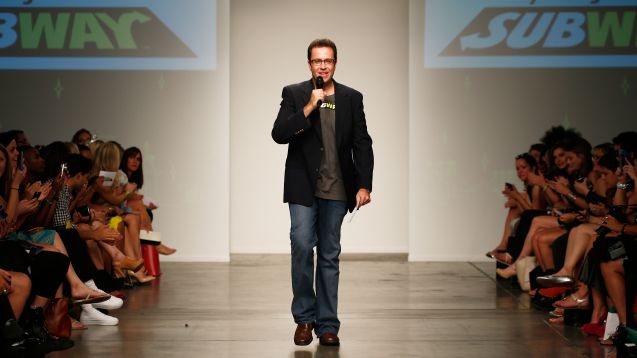 WTTV in Indianapolis says the FBI has raided the Indiana home of Jared Fogle in connection with a child pornography investigation.

You'll remember Fogle as the spokesman for Subway. His commercials starting in 2000 changed Subway’s whole perception as not just a fast food sandwich chain, but a potentially healthy one.

Initially, Subway expressed shock at the investigation but suggested someone other than Fogle was the FBI’s focus — more on why in a second. Three hours later, the chain announced it was suspending its relationship with the man who’s come to be known as “Subway Jared.”

In April, Fogle's foundation to fight childhood obesity made headlines when police arrested its executive director, Russell Taylor, saying he had child pornography in his home.

WRTV reported Taylor was charged with seven counts of production and one count of possession of child pornography.

A Fogle spokesman released this statement to WRTV: "I was shocked to learn of the disturbing allegations against Mr. Taylor. Effective immediately, The Jared Foundation is severing all ties with Mr. Taylor."

WTHR reports Fogle was detained outside of his home while authorities conducted the search. Just to be clear, Fogle hasn't been arrested.