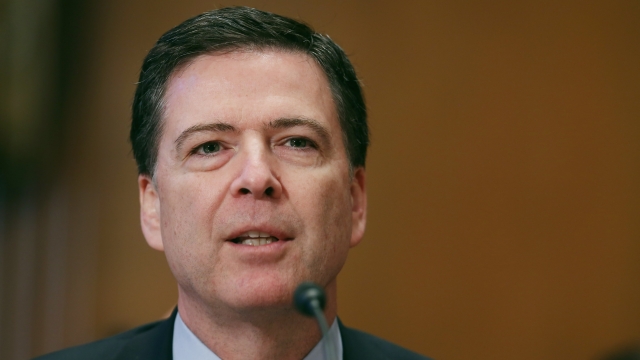 FBI Director James Comey wants to protect people's privacy — except when it makes his job harder.

Comey said on Wednesday that laptop owners should put tape over their webcams to prevent internet lurkers from watching them.

He reportedly said covering a camera should be as second-nature as locking a door.

"I hope people lock their cars," he said. "Lock your doors at night. If you have an alarm system, you should use it."

Comey has been an advocate of personal privacy and encryption for a while now — except when it makes the FBI's job more difficult.

Earlier this year, Comey spearheaded a very public battle with Apple. The director wanted to force the tech giant to unlock a San Bernardino shooter's iPhone.

Apple fought it in court, and the case eventually fizzled when the FBI withdrew its request for assistance. The FBI reportedly paid around $1.3 million to break into the phone — without Apple's cooperation.

But in a television interview on "60 Minutes" in 2014, Comey said he believes people should be skeptical of government power. So what gives?

It's a debate about personal privacy versus public safety. Comey advocates for security against terrorism. He thinks law enforcement should be able to access encrypted files in cases that warrant it.

But the problem is that private companies and law enforcement differ on what those cases are, and there's really not a whole lot anyone can do about it other than battle it out in court.

Comey reportedly plans to bring the issue of encryption privacy to Congress next year.