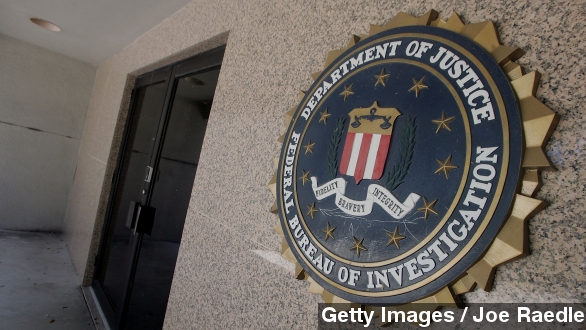 The FBI accuses Evgeny Buryakov, a banker working at a Russian firm in New York, of illegally passing information to two Russian diplomats. Buryakov was arrested Monday; both officials have already left the country.

The current FBI investigation is an offshoot of a previous bust of 10 other alleged Russian operatives in 2010.

Those suspects were swapped for four Russians accused of spying on their country for the U.S. in 2011. The case partially served as inspiration for FX's series "The Americans."

But Buryakov and his compatriots apparently weren't involved in anything quite as dramatic. The FBI says their efforts were mostly focused on gathering low-level financial intelligence and recruiting other agents.

The official complaint also includes several conversations between Buryakov's two handlers, secretly recorded by the FBI. Their wide-ranging discussions mention their failed efforts to recruit college girls, and complaints about how boring their life of espionage actually was.

Buryakov could face 20 years in prison, but a writer for Time thinks "He will only have to cool his heels in a U.S. jail for a few weeks or months until officials in Moscow find a suitable American operative to arrest and trade for him."