Father And Son Arrested In Connection With Kidnapping And Assault 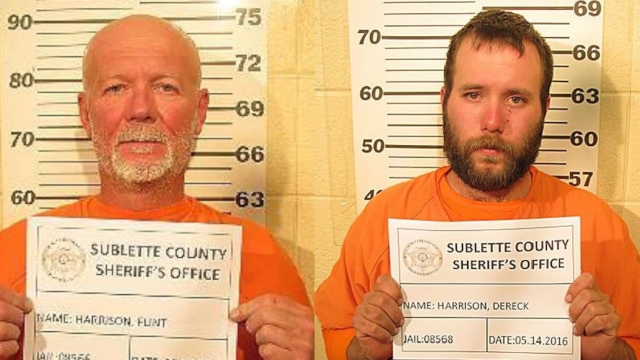 SMS
Father And Son Arrested In Connection With Kidnapping And Assault
By Eugene Daniels
By Eugene Daniels
May 15, 2016
Police say the men kidnapped and assaulted a woman and her four daughters.
SHOW TRANSCRIPT

Wyoming authorities arrested a father and son duo and say they are connected with the kidnapping and assault of a woman and her four daughters.

The father, Flint Wayne Harrison, turned himself in Saturday while his son Dereck James Harrison was arrested later that night. Police say the men tied up a mother and her four teenage daughters in a basement and then hit the mother and some of the girls with a baseball bat.

The girls were able to get away and called 911 on their cellphone. The mother was also able to get free; she and one of her daughters were sent to the hospital for treatment.

Police say the Harrisons then drove to Wyoming, where a manhunt for them took place for about a day.

Police think this all stemmed as retaliation against the mother. NBC says Dereck falsely thought the woman had turned him in for using meth.

Wyoming authorities say both most likely will be sent back to Utah to face charges of kidnapping and assault.

This video includes images from the Centerville Police Department and Sublette County Sheriff's Office and clips from KSTU, KSL-TV and KIDK.