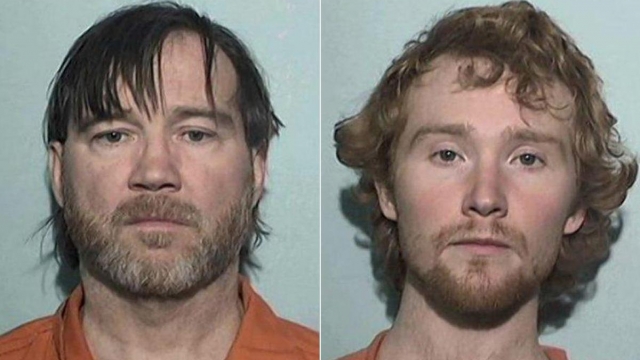 SMS
Father And Son Arrested After Girl Says She Was Chained Up For A Year
By Eugene Daniels
By Eugene Daniels
May 19, 2016
Police said when they went to the house, they were able to find evidence that backs up the girl's story.
SHOW TRANSCRIPT

Authorities in Toledo, Ohio, have arrested Timothy and Esten Ciboro on suspicion of keeping a 13-year-old chained in a basement for at least a year.

According to court documents obtained by The Blade, the girl said she was "kept shackled by the ankle to a support beam in the basement of their house for different periods of time, once lasting as long as a year."

Police said when they went to the house, they were able to find evidence that backs up the girl's story.

The 13-year-old, who has been identified only as Timothy Ciboro's stepdaughter, managed to escape while the men were out jogging. A woman who saw her convinced her to come inside and called the police.

The girl told police her mother left the family to go to Las Vegas. Robin Reese, a representative from child services, said the organization had been to the house before. Someone saw the 13-year-old eat food out of the garbage, but when employees went by the house, they apparently didn't see signs of child abuse.

Bond has been set for both men at $500,000, but they will remain in custody until their preliminary hearing on May 26. They've been charged with kidnapping and child endangerment.

According to The Blade, the girl and two other kids taken from the house are now in foster care. Reese says no one noticed anything strange because they were home-schooled.

She also told The Blade the girl didn't appear to be malnourished, and it seems like she was the only one of the kids who was abused.

This video includes images from Lucas County Corrections Center and clips from WAVE, WNMO and WTVG.