Philippine President Calls In The Military After Deadly Market Blast 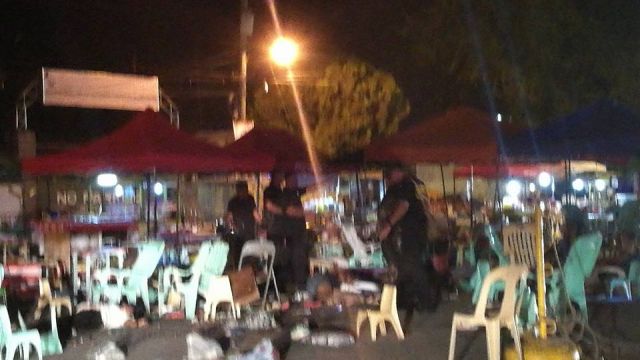 By Matt Picht
September 2, 2016
The explosion killed at least 15 people in the hometown of the country's president.
SHOW TRANSCRIPT

At least 15 people were killed and dozens more wounded after an explosion hit the Philippine city of Davao.

The blast struck a popular night market at around 10 p.m. Friday local time. It's not yet known what caused the explosion, and no group has claimed responsibility so far.

Davao is the hometown of Philippine president Rodrigo Duterte, and he was visiting the city when the explosion happened. Duterte told reporters the blast was an act of terrorism and authorized the military to aid the police in securing the region.

A presidential spokesman named two prime suspects: militant Islamist group Abu Sayyaf and disgruntled drug lords. Duterte has been violently cracking down on the country's drug trade since he was elected.