'Fashion Police' On Hiatus Until September 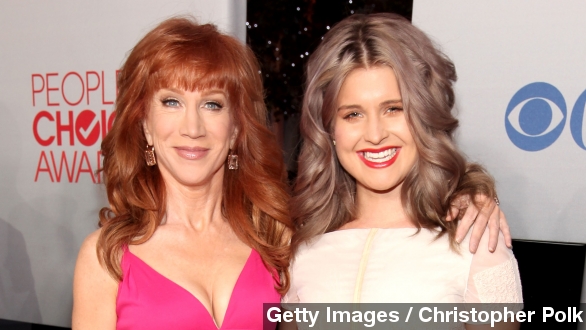 The "Fashion Police" will cease and desist until at least September.

E! announce Tuesday it was going to refresh and evolve the show before the next awards season.

Could this be the final blow in a series of arrests for the fashion show?

That pretty much caused mass hysteria and "Fashion Police" was placed under citizens arrest. Rancic was heavily criticized over the comment.

"She's not Joan Rivers, and unless you know how to make jokes, don't do it," Whoopi Goldberg said.

Likely, at least in part, due to the comment. She made sure to mention on Twitter after the Rancic debacle that she "does not condone racism."

Rancic did apologize to Coleman, who publicly accepted the apology.

But the emergency sirens kept blaring. More recently, Kathy Griffin announced she was also leaving, after only seven episodes.

She wrote on Twitter she was thrilled to step into the shoes of Joan Rivers and continue her legacy, but, and there's always a but:

"I thought that I could bring my brand of humor to Fashion Police so that beautiful people in beautiful dresses could be teased when appropriate ... I do not want to use my comedy to contribute to a culture of unattainable perfectionism and intolerance towards difference," she wrote.

As for now, The Hollywood Reporter says the three remaining episodes planned to be shot in the spring are going to be scrapped.