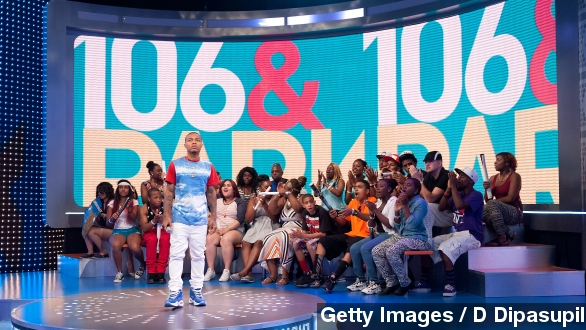 This weekend, Black Entertainment Television, or BET, announced the cancellation of live music video countdown show “106 & Park” — ending its 14-year run on the air as it moves to the digital realm.

On the show’s website, BET's President of Music Programming and Specials Stephen Hill said, “It’s time for 106 & Park, as a daily TV entity, to take a bow and exit. … It’s moving to the space in which our audience NOW interacts with music the most: online.”

The announcement came with very little fanfare, which doesn’t exactly speak to the pop-cultural significance the show has had for nearly 15 years.

For the uninitiated, “106 & Park” debuted in September of 2000. Its hosts, A.J. Calloway and Marie “Free” Wright, counted down the top Hip Hop and R&B music videos of the week and interviewed guests in front of a live studio audience.

The two shows were very similar, but as a writer for XXL Magazine put it, “106 & Park will be remembered by many current twentysomethings as the urban alternative to MTV’s TRL.”

For a while, “106 & Park” was the go-to spot for new Hip Hop and R&B videos. And the show had its share of memorable moments, many of which Hill detailed in his release on the show’s cancellation.

There was the time Michelle Williams from Destiny’s Child fell off stage while Beyonce and Kelly Rowland just watched. (Video via TIME)

But the show’s move to the online space makes sense. People don’t need to watch live music video shows anymore to see world premieres of their favorite music videos. We’ve got YouTube and Vevo and Vevo on YouTube for that.

AOL points out the news of the show’s cancellation got mixed reactions. “Some were sad to hear the news, while a large majority agreed that the show should have called it quits after initial hosts A. J. Calloway and Marie ‘Free’ Wright left in 2005.”

On that note: “106 & Park” went through quite a few host combinations after 2005 and served as a kind of launchpad for several careers — like Terrence J., who’s now an actor and host a “E! News,” and Rocsi Diaz, who’s a correspondent for “Entertainment Tonight.” (Video via Verizon Wireless)

Original hosts A.J. and Free celebrated the show’s 14-year run on Instagram, posing with the “original” crew. And former host Rocsi posted a throwback Thursday pic of her on the “106 & Park” set one day before the announcement.

BET will continue to air “106 & Park” specials on TV as the branding and operations move online. BET will air the final show December 19.