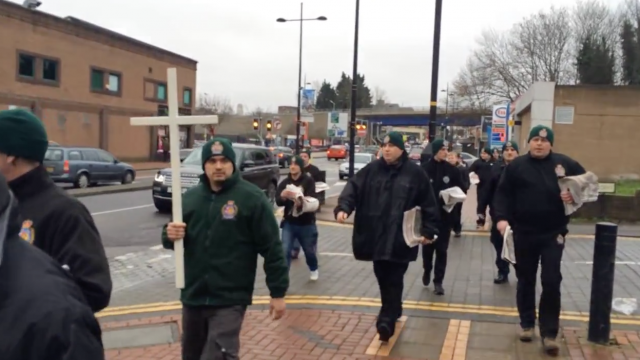 "This is a Christian country. I'm British, these activists are British, so we will walk through these streets. We have every right to," Britain First activist Jayda Fransen said.

They called this video "a shocking look into the Islamisation of our beloved country."

"Reject the false prophet, Muhammad, and follow the true savior of the world," an activist said.

Others said it was "intimidating" and "inflaming tensions."

The video has more than 17 million views on Facebook.

"We don't want any more mosques in the U.K." said a Britain First activist.

The group is against mass immigration and wants to "restore Christianity" in Britain.