'Fantastic Beasts And Where To Find Them' Gets First Trailer 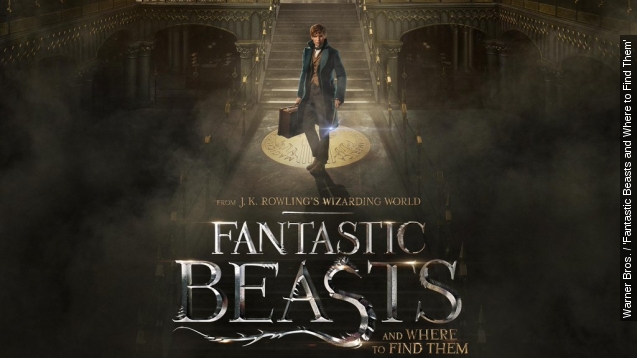 SMS
'Fantastic Beasts And Where To Find Them' Gets First Trailer
By Ben Lawson
By Ben Lawson
December 15, 2015
Fans are freaking out over the first look at the "Harry Potter" prequel.
SHOW TRANSCRIPT

The first trailer and poster for the "Harry Potter" prequel have dropped, and unsurprisingly, the Internet is in a tizzy.

"It was open?" asked a character in the "Fantastic Beasts and Where To Find Them" trailer.

The trailer had Potter fans freaking out on Twitter, with pretty much everyone having a positive reaction to it.

"Harry Potter" author JK Rowling returned to write the screenplay for the movie. It's the first story set in the wizarding world that takes place outside the United Kingdom. (Video via NBC)

This will be the first time fans get to see the American wizarding community, which is apparently desperately trying to hide from non-magical people, or No-Majs. We still prefer "muggles."

Along with Redmayne, the movie stars Katherine Waterston and Colin Farrell. The movie hits theaters in November 2016.