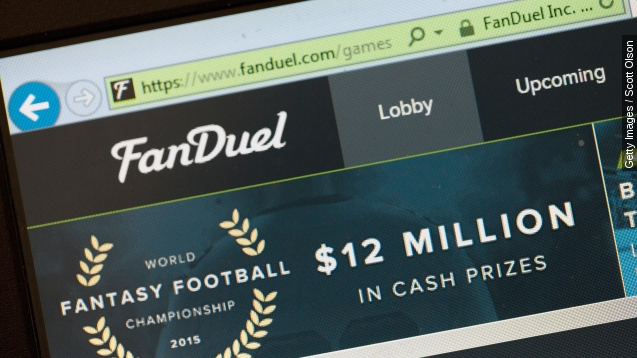 In what could be another blow to the legality of daily fantasy sports, New York Attorney General Eric Schneiderman has issued a cease-and-desist order to FanDuel and DraftKings. (Video via DraftKings)

Schneiderman made a statement saying, "It is clear that DraftKings and FanDuel are the leaders of a massive, multi-billion dollar scheme intended to evade the law and fleece sports fans across the country."

Both companies have insisted their business model is perfectly legal, but it's really more of a gray area. It basically comes down to whether or not they can argue if it takes skill to draft the best players each week, or if winning just requires luck. If chance is a material factor in the outcome, that would legally make it gambling.

Both companies have a lot to lose. New York reportedly has the most daily fantasy players of any state, not to mention FanDuel just opened its new headquarters in New York City. But this is just another in a long line of headaches for daily fantasy.

FanDuel and DraftKings are already prohibited in six states and experts say if New York's challenge goes through, it could spread to other parts of the country. And the scrutiny on these sites could go all the way up to the federal level.

Last month The Wall Street Journal reported that DraftKings is being investigated by the FBI to determine if it really falls outside the gambling exemption. And several multi-billion dollar companies will be paying close attention to see what they determine.

FanDuel and DraftKings have attracted several huge investors like Fox, Time Warner, Comcast Ventures and Google Capital, which explains why they've been able to spend hundreds of millions of dollars on adverstising. (Video via FanDuel)

And even though the MLB, NBA and NHL all have anti-gambling rules, that didn't stop them from snatching up equity in the two largest daily fantasy sites.

The NFL avoided this PR headache by not investing in either site, but two of its most controversial owners, Jerry Jones of the Dallas Cowboys and Robert Kraft of the New England Patriots, both own part of DraftKings.

But even through the legal challenges and scrutiny, DraftKings and FanDuel are still churning out money, making millions of dollars each NFL Sunday. At least, for now. (Video via FanDuel)