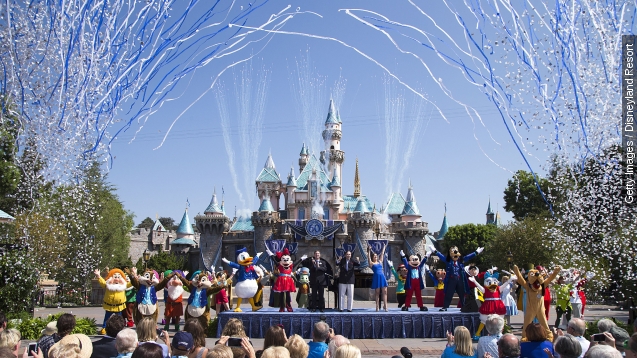 SMS
Family Still Doesn't Know Why US Halted Disneyland Plans
By Kate Grumke
By Kate Grumke
December 23, 2015
The Department of Homeland Security hasn't said why the Muslim family was barred from flying to the U.S.
SHOW TRANSCRIPT

A British Muslim family had a trip to Disneyland all planned.

But U.S. authorities barred them from boarding their flight at the airport.

"We were devastated. We had planned this trip for months; the kids were excited," Mohammad Tariq Mahmood told The Guardian.

Mohammad Tariq Mahmood told ITV no one in his family had ever been to Syria, been arrested, or been involved in a terrorist organization.

U.S. Homeland Security hasn't said why the family wasn't allowed to come to the U.S.

A member of Parliament has asked the U.K.'s prime minister to challenge the U.S. over its decision.