Family Denies Bobbi Kristina Is Being Taken Off Life Support 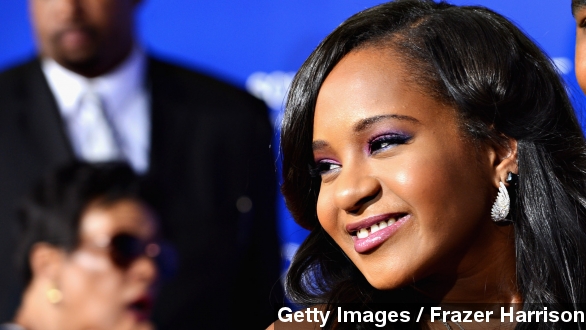 By Matt Moreno
February 17, 2015
Bobby Brown's attorney says reports about the family considering taking Bobbi Kristina off life support by the end of the week are "false."
SHOW TRANSCRIPT

Reports about Bobbi Kristina being taken off life support by the end of the week are "false," Bobby Brown's lawyer says.

Both E! Online and People spoke with Brown's lawyer who discredited the reports. This comes after reports like these earlier in the week about the family discussing taking her off life support by the end of the week started popping up.

Bobbi Kristina was rushed to the hospital Jan. 31 after she was found unresponsive in a bathtub. According to local police, she was involved in a car accident days before and a criminal investigation is ongoing.

She's been on life support since arriving at the hospital. And ever since, rumors have swirled over her condition and the family's decisions.

Just last week it was widely reported the family was looking to pull the life support plug on Feb. 11 — the three year anniversary of her mother Whitney Houston's death.

But that ultimately proved to be false and Bobby Brown's attorney criticized the media for the reports.

Bobbi Kristina is the only child of Bobby Brown and Whitney Houston.