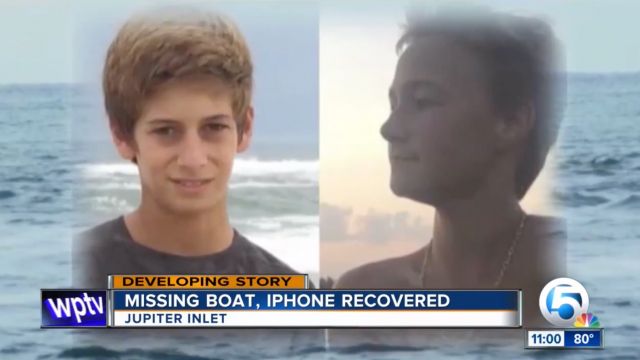 The parents of a Florida teen who went missing at sea during a fishing trip with his friend want that friend's iPhone analyzed by forensic experts.

Fourteen-year-olds Austin Stephanos and Perry Cohen went missing at sea last July. The Coast Guard attempted to find the boys but was unsuccessful.

However, over the weekend, authorities found the boys' boat, along with Austin's iPhone.

Now, Perry's mother wants officials to hang on to the phone until tech experts have a chance to look at it. Pamela Cohen recently filed an injunction against the Florida Fish and Wildlife Conservation Commission and Austin's parents in order to make sure that happens before the phone is returned to Austin's family.

Even though the iPhone has been submerged in salt water for roughly eight months, tech experts told ABC there's a possibility that important information could still be extracted from the device.

So far, both teens' parents seem to be interested in accessing the contents of the phone — just in different manners. Austin's father, Blu Stephanos, said on Facebook that the manufacturer is willing to help them get the phone working again.

His post read, in part, "To me, this phone represents a connection with my son, so I thank you all for your continued support and understanding in this very sensitive, and very personal, matter."

As of Tuesday, Austin's phone was in the custody of the Florida Fish and Wildlife Conservation Commission.

This video includes a clip from Apple and images from the Florida Fish and Wildlife Conservation Commission.