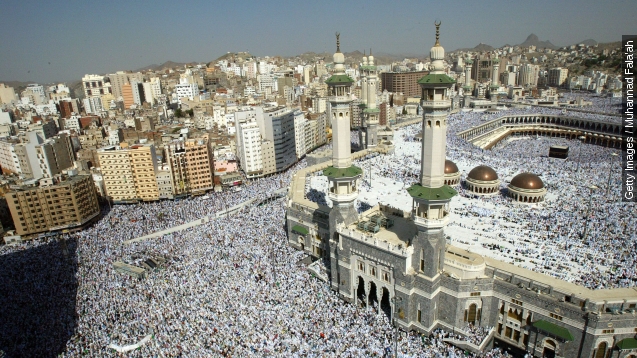 At least 107 people were killed and 238 injured when a crane collapsed onto the Grand Mosque in Mecca, Saudi Arabia, according to officials.

The crane seems to have fallen through a roof. Social media users tweeted about a storm in the city shortly before the accident.

The construction around the holy site has been the source of some controversy. The work is being done to enlarge the grand mosque.

This accident comes as the city prepares for Hajj, when millions of Muslims worldwide make their religious pilgrimages to Mecca.