Facts Back Up The President's Claims On Economic Inequality 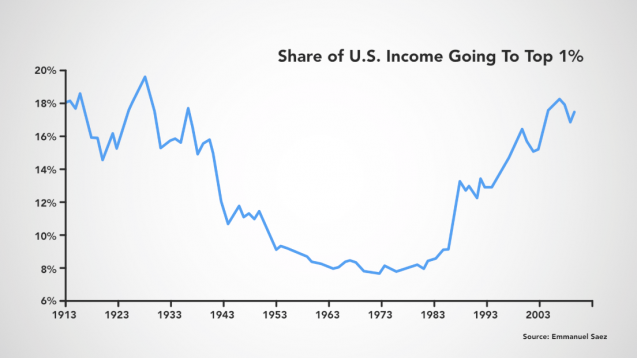 SMS
Facts Back Up The President's Claims On Economic Inequality
By Zach Toombs
By Zach Toombs
January 12, 2016
The share of income going to the top one percent is higher now than it's been since the Great Depression.
SHOW TRANSCRIPT

"More and more wealth and income is concentrated at the very top," the president said in his 2016 State of the Union address.

The best data we have backs up what the president has to say about economic inequality. The share of U.S. income going to the top one percent has been especially large over the past few years — and in 2012 was higher than at any point since 1928.

That's a year before a stock market crash led to the Great Depression. And even though lawmakers are split on the solution, both ends of the political spectrum have at least agreed on diagnosing the problem.