The Facts (And Fiction) About Donald Trump's Campaign Finances 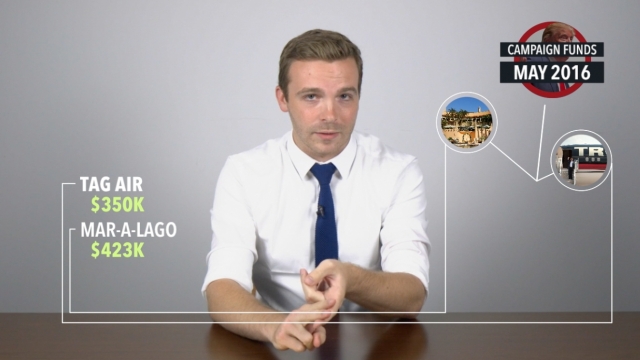 We asked you to send us things you’ve heard about Donald Trump’s campaign and his campaign finances. I’ve got those here, and we’re going to tell you if they’re fact or fiction.

First: Part of Trump’s campaign spending goes to his own businesses. That’s a fact.

The New York Times looked at a one-month period in May when campaign funds (and that’s money from both big and small donors) were paid to Trump’s Florida resort, to his private airline, to Trump Tower in Manhattan and to Trump restaurants. Overall, the $1.1 million paid to his business and family was about a fifth of all campaign spending.

But you might be asking, doesn’t Trump just self-fund his campaign? Isn’t that all his money to begin with? That’s mostly fiction.

Of the money Trump has raised, $24 million or so came from small donors, and a little over $5 million from maxed-out donors. About half has been his own money. But even of that money from Trump, those aren’t outright donations — those are loans. Trump said earlier this summer he would forgive those loans and not expect to be paid back, but that’s not a done deal, and the campaign has yet to provide any proof that the loans were forgiven. Either way, Trump is still relying on big donors, including casino magnate Sheldon Adelson, New York Jets owner Woody Johnson and mall developer Diane Hendricks.

Trump can’t release his tax returns because he’s being audited: That is 100 percent fiction.

For one, the IRS has come right out, multiple times, and said an audit is no barrier to making tax returns public. There’s certainly no law or rule on the books against it. And what’s more, Trump’s reason for not releasing his returns seems to fluctuate between "I'm not allowed to" and "I just don’t want to." Even leading conservatives have asked Trump to release his returns and have theories as to why he hasn’t.

But all that is just speculation until Trump follows the lead of every other modern nominee and releases those returns. Just don’t hold your breath for it.