Fact Check: Black Americans Aren't In The 'Worst Shape' Ever 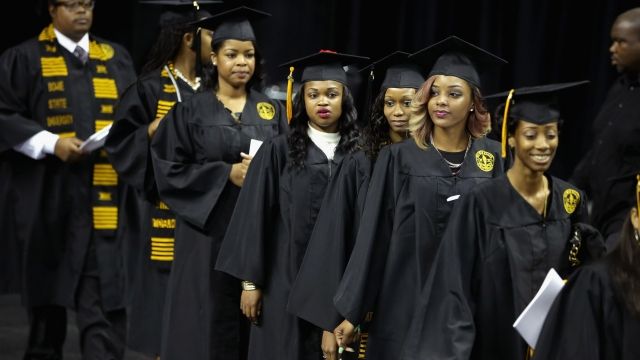 African-Americans are doing a lot better now than at other points in history. Of course, that's a low bar.

Black unemployment is at one of its lowest points in decades. It's only been this low a few times since the '70s, and it fluctuates with the economy.

His number includes people not in the labor force, like full-time students.

Black Americans are also living longer. In 1900, on average, they only lived until their 30s. Now, they're living into their 70s.

But the wage gap between white and black workers has also widened since the '70s.

And the black poverty rate is consistently higher than the poverty rates of other races in the U.S.