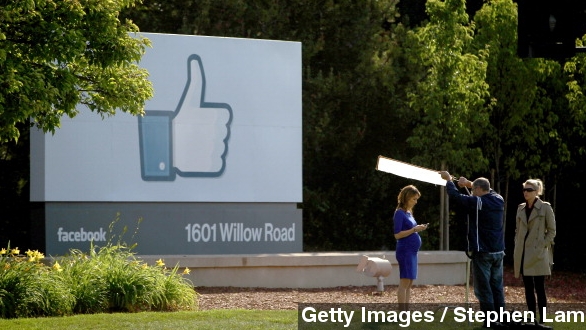 SMS
Facebook Wants To Host News Content, Not Just Links
By Jake Godin
By Jake Godin
March 24, 2015
Facebook is reportedly teaming up with news media, such as The New York Times and National Geographic, to host news content directly on its site.
SHOW TRANSCRIPT

As if there weren't already enough ways to read an edition of The New York Times — aside from actually picking up a copy and reading it — Facebook will reportedly host the paper's content directly on its social media site. (Video via Facebook)

The news comes from, well, The New York Times. Reporting a scoop on itself, the newspaper cites an unidentified source who says Facebook and the Times are moving closer to sealing the deal. Facebook will reportedly begin testing in the next several months.

And they're not the only ones. Buzzfeed and National Geographic are also reportedly in talks to have Facebook host their content.

So, faster videos, a direct plug into a huge audience and a special revenue deal with Facebook — sounds like a pretty slick deal, right? Not so fast. There are some caveats.

First, data. Data is vital to newsrooms, and by hosting content directly on Facebook rather than using Facebook to direct users to their own websites, it’s unclear how much of the valuable user data media companies could see if they penned a deal with the social media giant.

The Times notes as much, adding it relies on subscriptions for revenue as well. The more folks going to Facebook to access New York Times content, the less subscriptions they'll potentially get.

Wired co-founder John Battelle notes another potential pitfall: Will Facebook allow media companies free reign in what they post or will the social media giant place limitations on what can be posted on its site? (Video via Google)

But writing for Nieman Journalism Lab, Joshua Benton says in the end, it may all be worth it. He writes that a Facebook deal could be, "in the narrow short term, a net positive for some publishers, especially those with no hope of charging for their content." (Video via Ramon Llull University)

Facebook also appears to be targeting video-specific media companies like Vice News and Vox Media in a separate bid to increase its own revenue from ads.

This video includes images from Getty Images and Yusuke Kawasaki / CC BY 2.0.