Facebook And UN Want To Connect Refugees To The Internet 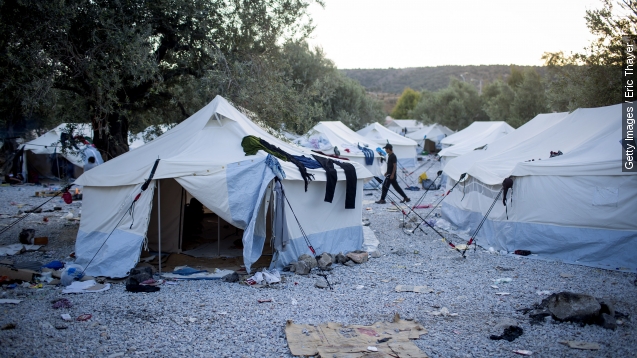 SMS
Facebook And UN Want To Connect Refugees To The Internet

"We need to work together to make connecting the world a priority for everyone," Mark Zuckerberg said at a United Nations forum. (Video via United Nations)

Facebook founder Mark Zuckerberg announced at a United Nations forum his company will help the U.N. connect refugee camps to the Internet.

He said Internet access will help refugees seek aid and communicate with their families. (Video via United Nations)

"A like or a post won't stop a tank or a bullet, but when people are connected, we have the chance to build a common global community with a shared understanding," Zuckerberg said in a speech at the U.N.

However, Zuckerberg did not say in his speech how or where Internet access will be provided. (Video via United Nations)

His refugee-related announcement falls in step with another project that Facebook is working on, Internet.org: Its goal is to give Internet access to the 4 billion people around the world currently without access to it. (Video via Internet.org)

The goal to provide Internet to refugee camps is ambitious in itself. Over 5 million refuges live in U.N. camps in the Middle East alone. (Video via United Nations)

This video includes images from Getty Images and audio from Chris Zabriskie / CC BY 4.0.