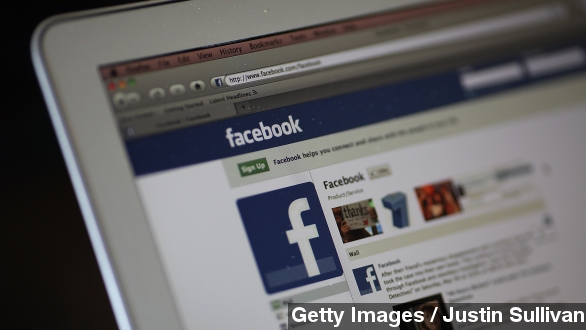 SMS
Facebook To Cull Non-Paid Ads From Newsfeed
By Evan Thomas
By Evan Thomas
November 16, 2014
Facebook will crack down on ad-style posts from groups, but whose interests does it really have at heart here?
SHOW TRANSCRIPT

The social network announced Friday it will be cracking down on “overly promotional” posts. “News Feed has controls for the number of ads a person sees and for the quality of those ads, but those same controls haven’t been as closely monitored for promotional Page posts.”

Until now. Facebook says, based on its research, many so-called “organic” posts are too much like ads. So the network will be culling posts that push a product or app, urge users to enter sweepstakes or those that just recycle ad content as a regular post.

One problem: Facebook used to encourage brands to build their reach this way. Several writers expect this reversal won’t go over well.

At TechCrunch: “The problem lies in that Facebook duped Page admins into buying Likes for years, but is now radically reducing the value of those Likes for some businesses. I smell a class-action lawsuit.”

Re/Code wonders — “Why would Coca-Cola pay Facebook to promote one of its posts when it already has 90 million users following its updates?”

But Facebook says it will make for a better user experience — which The Daily Dot suggests must be the driving reason for the change. Facebook couldn't possibly be trying to extract more ad revenue this way. That would be cynical! (Video via Facebook)

CNET points to a Facebook post by George Takei, who gets lots of mileage out of interaction with his fans — and will now probably get less.

“I understand that FB has to make money, especially now that it is public,” he writes, “but in my view this development turns the notion of ‘fans’ on its head.”

But at the same time, one ad company CEO tells The Wall Street Journal, “Everyone wants to see relevant, interesting content. If you serve that up, you’re going to be rewarded.”

So there’s that. Facebook says it will start filtering promotional posts starting January 2015.