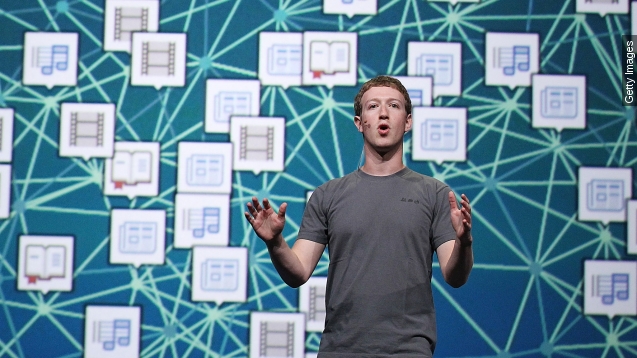 SMS
Facebook's Reach Could Help A Breaking News App Succeed
By Evan Thomas
By Evan Thomas
August 12, 2015
Facebook is rumored to be getting into "Twitter-style" breaking news notifications. If nothing else, it has an audience.
SHOW TRANSCRIPT

A report from Business Insider suggests Facebook is working on a rapid notification system.

The publication claims to have seen a stand-alone app that would send along breaking news notifications from partner news outlets. Each message is limited to 100 characters plus a link, which seems to be the most Twitter-like aspect.

The news focus and one-way flow of information seem to make it as much like Flipboard as Twitter. (Video via Flipboard)

But sure, it would seem to replicate some aspects of Twitter, which is already a capable breaking news platform.

That’s a role Twitter is looking to expand, incidentally. It’s been testing its own news tabs.

So Facebook presumably wouldn’t be looking to compete with its own pared-down one-way version, if it didn’t stand to gain more eyeballs from it. (Video via Twitter)

It does have a history of testing boutique apps. Last year it debuted Paper, for mobile news consumption on iOS. (Video via Facebook)

And the faster-but-not-quite-breaking Instant Articles, also for iOS, and also limited to select partners. (Video via Facebook)

If Facebook has one clear-cut advantage that could make a breaking app work, it’s reach.

Twitter has 316 million monthly active users. Facebook claims 1.49 billion, 87 percent of which visit on mobile – where they’d get use out of this app. That’s one-fifth of the planet.

Actually tapping that market would require releasing an app. But Facebook declined to offer details and told several outlets it refuses to comment on rumor or speculation.