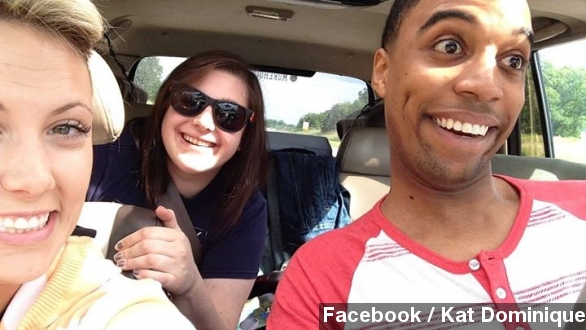 If you're like me, there's always some random embarrassing picture popping up on Facebook — regardless of whether I actually want it there.

I mean, there's the candid photo of me enjoying a celebratory drink at a co-worker's wedding. And there's this gem from a summertime day trip. Precious, I know.

But if you're tired of being haunted by things you posted when you weren't thinking straight, you're in luck. A new technology at Facebook will try to help you keep those unflattering photos from showing up on your page.

Yann LeCun and his Facebook Artificial Intelligence Research Lab, or FAIR, are trying to create a kind of digital assistant that'll essentially say, "Hey, you sure you wanna post that?"

FAIR, which has been around for about a year, plans to use digital recognition software to make this assistant possible. But instead of asking, "Is this you?," the question might be more along the lines of, "Is this drunk you or regular you?"

That language isn't scientific, but the process is. The proposed tool hinges on deep learning algorithms — technology that uses data to determine things like your Facebook behavior or what sort of content will be best for your newsfeed.

Wired, which broke the story on FAIR's project, says the deep learning tool can sound pretty scary. People "don't want machines telling them what to do, and they don’t want machines identifying their faces and storing them in some distant data center where they can help Facebook, say, target ads."

Let's not forget Facebook has already angered users this year with a study focused on behavior and data collection. Facebook issued a mea culpa after users slammed the company for trying to manipulate people's moods without their knowledge.

But LeCun says this project is about giving users more control over their online identities. There's no word on how soon Facebook users could see the new photo recognition tool.