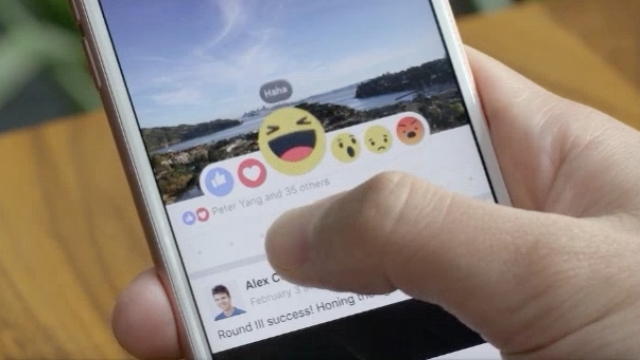 SMS
Facebook Now Lets Users Be Angry, Sad And Surprised With 'Reactions'
By Ryan Biek
By Ryan Biek
February 24, 2016
The social media giant finished testing in select countries and is now offering the addition to all users.
SHOW TRANSCRIPT

Facebook offered its "Reactions" to all of its users Wednesday after months of tests in select countries.

The addition lets Facebookers express more emotions than simply pressing the Like button. The six emoji look-alikes that made the cut are called Like, Love, Haha, Wow, Sad and Angry.

Despite the emotional roller coaster we're envisioning for users getting mere likes instead of loves, the most important Reactions, from Facebook's viewpoint, might be Angry and Sad.

Angry is a bit like the Dislike button users have requested for years. But Sad really gets at the heart of what founder Mark Zuckerberg has said he'd like a Dislike button to be used for –– empathy.

If you ever find your emotional reactions can't be boiled down to six options, though, have no fear. You can still use real words with that whole comment thing.