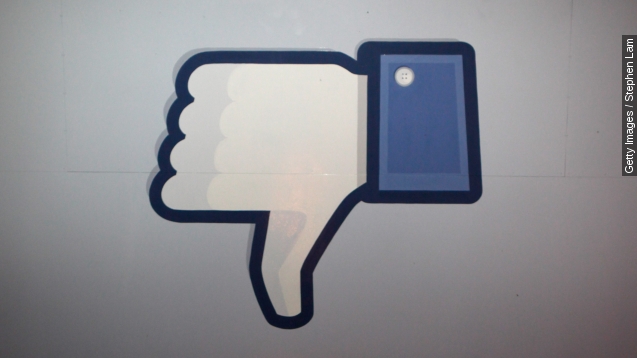 Facebook locked down a patent this week that might make you rethink who you "friend" on the site.

The patent, titled "Authorization and authentication based on an individual's social network," will do three things: better filter spam and offensive emails sent to the account you use to log in to Facebook, improve the ability to search for relevant content on the site and allow lenders to reference your account to determine credit approval.

That last one sounds a little intrusive, and the patent's description of what that might look like is no comfort at all.

The patent explains: "When an individual applies for a loan, the lender examines the credit ratings of members of the individual's social network ..."

If the lender thinks your Facebook friends' average credit score is too low, the lender can decide to reject your application. Which would be a bummer because friends' credit scores don't normally come up in casual conversation.

Don't start judging and friend-purging on the site just yet, though. Facebook hasn't put this patent to work as far as we know. And a writer for The Next Web says, "There are laws in place that determine the criteria lenders can use when deciding your creditworthiness."

The types of data Facebook collects has come under fire before, but generally the company has been extremely open about its decisions in this area and has backtracked in the past.

That being said, we still don't know whether Facebook will actually put this patent to work. But if it does, one way or another, users will certainly hear about it.