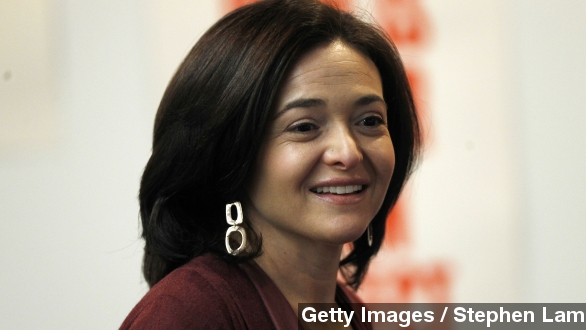 Facebook and LinkedIn announced Friday they have formed a partnership aimed at supporting women studying engineering and computer science.

So now LinkedIn and Facebook are partnering with the Anita Borg Institute to develop the Lean In Circles, a network to provide advice and support to women studying computer science and technology on college campuses.

Facebook's COO Sheryl Sandberg has had a prominent career in technology; before joining Facebook she spent seven years as a vice president at Google. But she said she still feels more can be done to get women into the field. (Video via TED)

Facebook, Google and Yahoo released separate diversity reports last year that all basically revealed the same thing: men make up the vast majority of their workforces.

Last year, a study by Silicon Valley Bank found less than half of tech companies in the U.S. have women in leadership positions.

So Sandberg and the rest of the Lean In team hopes to provide advice, support and will use this latest partnership with LinkedIn to help women show off their resumes and network for job searches. (Video via The Guardian)

Since being formed in 2013, Lean In Circles have created programs on more than 300 college campuses.