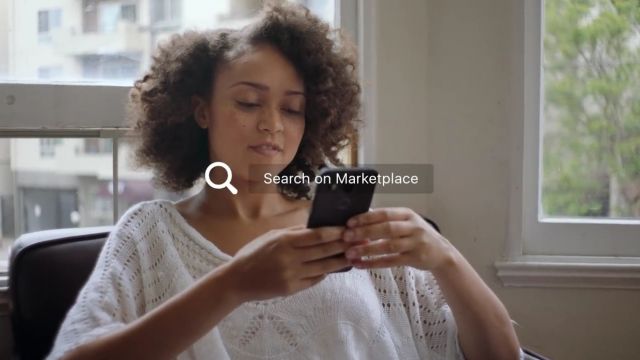 Watch out, Craigslist — Facebook's newest feature is looking to change how people buy and sell their stuff.

Facebook started rolling out Marketplace for its Android and iPhone apps Monday.

And it's pretty self-explanatory. Marketplace lets you browse a feed of items that people nearby are trying to sell, or you can list your own items for sale.

From there, you can send a direct message through Marketplace to arrange a meet-up or negotiate prices. And, thanks to Facebook's profiles, you know more about who you're dealing with than you would with other sales sites.

There are some some safety and privacy rules that come with Marketplace. For example, Facebook doesn't allow the sales of firearms, alcohol, animals or drugs, among other things.

Unlike some of its competitors, Facebook will not facilitate any payments or deliveries — that's up to you to figure out.

But Marketplace's project manager told The Verge that the feature does have certain protections in place.

"It has ... a whole host of flags that people can put out for people that may not be acting in the best faith. Once we see a flag, we have a team that will promptly review these and take action."

Marketplace will be available for Facebook users in the U.S., U.K., Australia and New Zealand starting Monday, and it could roll out globally and on the web if it does well.