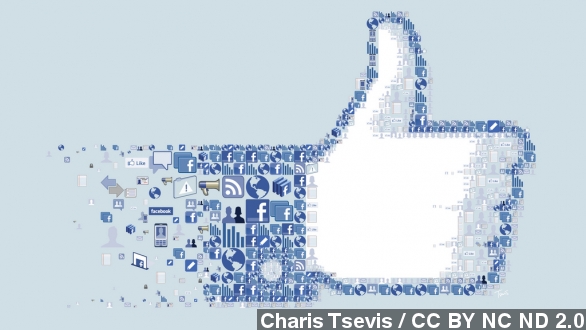 Facebook continues its push toward being an online utility service rather than just a place for its users to see baby pictures and cat videos.

Tuesday the company announced a partnership with the National Center for Missing and Exploited Children to send Amber Alerts via the social media giant. (Video via Palantir Technologies)

The alerts will contain any available information, including photographs of the missing child, a name and description of the suspect, license plate number, etc. According to Facebook, the alert will not be a notification but will instead appear on users' news feeds for both desktop and mobile. And law enforcement will determine how far the geographic reach of the post will be.

As you may have already seen on Facebook, users can post and share Amber Alerts themselves, which Facebook's head of global safety and policy says is what prompted the idea: "Someone in their community goes missing and they share that information with friends and family."

The Amber Alerts on Facebook will also be shareable so they can extend beyond the initial post.

The Amber Alert program has continued to extend its reach over the past few years by partnering with telecom providers like AT&T to send Amber Alert text messages.

With this Facebook deal, if you are in the area surrounding the abduction, the Facebook posts will appear on your news feed no matter what. According to the Pew Research Center, 7 out of 10 online adults use Facebook — making the potential reach of these Amber Alerts much, much larger. (Video via Facebook)

This video includes an image from Charis Tsevis / CC BY-NC-ND 2.0