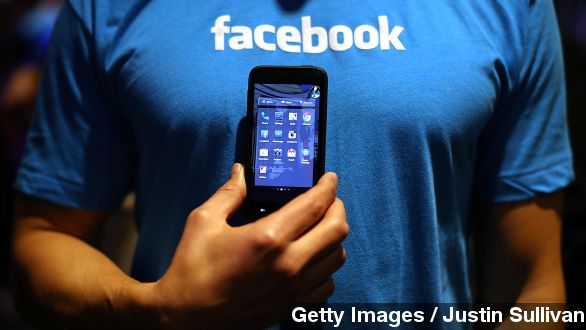 For quite a while we've heard reports that young Americans have hammered the final nails into their Facebook coffins.

"These young people just feel embarrassed even to be associated with it," Scarlet Fu said on Bloomberg.

"Executives admit the site's fallen out of favor. Especially with teenagers," an anchor said on KOBI.

But according to a recent study by Pew, that's not exactly the case — it's not about young users leaving Facebook, but rather older users coming on board.

The Pew Research Center just released its 2014 social media update. It shows that 56 percent of Internet users 65 and older use Facebook.

According to the findings, more seniors have been learning how to use Facebook over the last few years as a means of keeping in touch with family or to reconnect with old friends or classmates. But that doesn't mean the platform is dead to today's youth. (Video via NTDTV)

But, on that front, the study does show the social media giant has seen stagnant growth when it comes to the number of younger user.

That doesn't necessarily spell doom for Facebook. Its engagement has increased in the past year. Despite having fewer users, its current users spend more time on the site. (Video via Facebook)

The study also shows people are using Facebook along with other social media platforms, many of which have Facebook sharing elements.

So even though grandparents have gotten to know to site a little better, it looks like Facebook has plenty to keep the grandkids' attention as well. It's like a virtual family reunion.