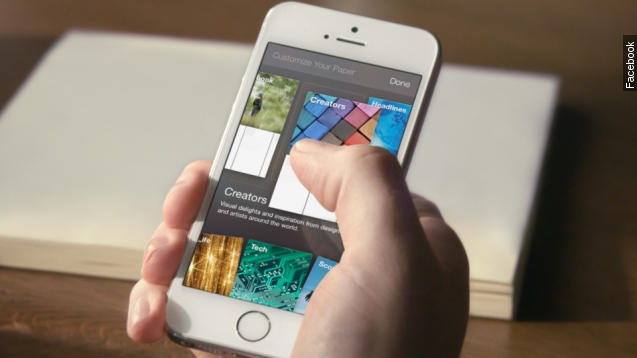 SMS
Facebook Is Testing Topic-Based News Feeds, Which Sounds Familiar
By Leah Becerra
By Leah Becerra
December 30, 2015
The company is testing a mobile experience with more than one news feed, so users can choose topics they care about.
SHOW TRANSCRIPT

Facebook is testing some changes to its news feed, something we should all be used to happening by now. (Video via Facebook)

This time, though, rather than just tweaking an algorithm, the site is looking into adding multiple, topic-based feeds for its mobile experience. (Video via Facebook)

As early as March 2012, Facebook started to give desktop users the option to create Interest Lists. After choosing categories like recipes or style, the subjects would be accessible in the left-hand bookmarks bar under "Interests."

But this new tweak, as I mentioned earlier, is for mobile. So, if you've used Interest Lists or are familiar with Facebook's Paper app, the new feeds are likely familiar to you.

After setting which topics you care about, it looks like users will be able to swipe over to an entire news feed showing only a specific topic — exactly like users have being doing on Paper for some time now.

There's no word on if or when this change will be pushed out to all mobile users. But if you want to experience what it might be like, and you have a device running iOS, just check out Paper.