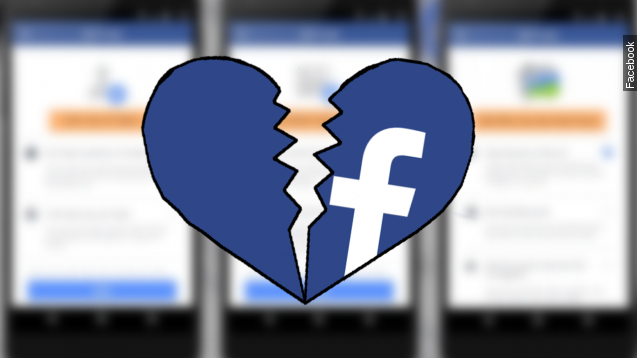 SMS
Facebook Hopes To Make Breakups Easier ... Online, At Least
By Eugene Daniels
By Eugene Daniels
November 19, 2015
Hate seeing your ex's face all over your news feed after a breakup? Well, there's an app for that. Sort of.
SHOW TRANSCRIPT

After making it easier than ever to share your relationship's happy times, Facebook wants to help make your breakup just as simple. Well, sort of.

The company is testing a new tool that helps "people manage how they interact with their former partners on Facebook after a relationship has ended."

And it sounds pretty helpful because what's the first thing you do after a breakup? (Well, after the tub of ice cream is empty and the Adele-led breakup mix is over.)

You throw the ultimate shade by changing your relationship status. With this new feature, after you let everyone know the thrill is gone, you'll be prompted to try out the new tools.

You can limit the amount of your ex you see, cut off your ex's access to you and also untag yourself from the posts of relationships past.

The feature is clearly for people who don't want to block or unfriend an ex but just need some time without having to see that person plastered all over their news feeds.

Right now, it's only available on the mobile Facebook app in the U.S., but depending on feedback, that could change. Happy breakups, everyone!