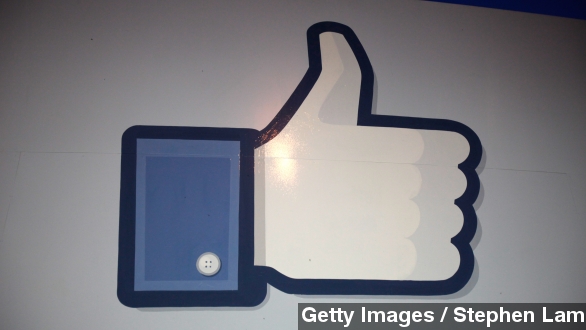 SMS
Facebook Eyes One-Click Emotions, But No 'Dislike' Button
By Evan Thomas
By Evan Thomas
December 12, 2014
Facebook CEO Mark Zuckerberg says the company is working to give users a way to express more sentiment, but not with a dislike button.
SHOW TRANSCRIPT

The social network has considered adding a dislike button, according to CEO Mark Zuckerberg in his second public Q&A.

“Some people have asked for a dislike button because they want to be able to say ‘that thing isn’t good.’ That’s not something we think is good for the world. So we’re not going to build that. I don’t think there needs to be a voting mechanism on Facebook.”

Zuckerberg has a point. Given that Facebook reaches nearly one in every five people on the planet, a dedicated dislike button could have a good shot at doubling the Internet’s average negativity overnight.

Remember the last time the thumbs-down got really big?

During the Q&A, Zuckerberg agreed “There are more sentiments people want to express than just positivity,” but it appears Facebook is still trying to figure out how to best enable that.

The company has experimented with different packaged reactions. They just haven’t always been well-received.

And there’s another, even more cynical reason Facebook could be shying from a dislike button.

One writer at Computerworld suggests an angry, depressive Facebook is less engaging. “A dislike button may also inspire people to post less, which can't be good for Facebook's ads, though of course Zuckerberg didn't say that.”

You can get the rest of Zuckerberg’s thoughts — on dislike buttons and on Facebook in general — on his Q&A page.

This video includes images from Maurizio Pesce / CC BY 2.0 and Getty Images.