Facebook Clamps Down On Clickbait With News Feed Changes 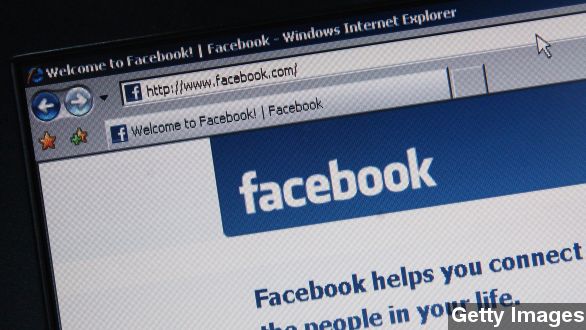 SMS
Facebook Clamps Down On Clickbait With News Feed Changes

By Matt Picht
August 25, 2014
Facebook is tweaking the algorithms that run its users' news feeds in order to hide posts deemed "clickbait" by the company.
SHOW TRANSCRIPT

Do me a favor and take another look at the headline for this story. Nice, isn't it? Simple and straightforward, none of the vague "you-won't-believe-this" that's currently dominating the viral media landscape. Wouldn't you like to see headlines like this more often? Facebook would.

The social network announced in a blog post Monday it's trying to limit the amount of so-called clickbait that shows up on a user's News Feeds, hoping to improve the quality of those feeds. The company made a similar adjustment back in April, when it started filtering out spam posts begging for likes and shares.

According to Facebook, "clickbait" is "when a publisher posts a link with a headline that encourages people to click to see more​ without telling them much information about what they will see." It's a tactic originally popularized by viral media sites like Buzzfeed and Upworthy, but a Facebook survey suggests 80 percent of their users are sick of the practice.

Perhaps unsurprisingly, many of the outlets reporting on this change adopted clickbait-style headlines to break the news. Hu-larious.

So, how's Facebook filtering out all this clickbait, anyway? Oddly enough, it seems the company will promote posts that cause users to spend more time away from Facebook.

Facebook's new policy reflects a growing trend away from the pageview as the viral currency. Sites like Medium, Upworthy and data collection firm Chartbeat have already started measuring the value of content according to time spent consuming it, coining fancy new metrics like "engagement time," "attention minutes," or just "total time reading."

A writer for The Awl points out killing the pageview isn't the same thing as killing clickbait; Facebook's changes will just give marketers a new system to try and game.

"If you've ever seen a headline over a YouTube embed with an appeal to stick around until a certain point in a video, or a post that implores you to stick around for a particular list item ... then you've already seen some of these strategies in action. You know what else takes a long time? Quizzes. Games. The possibilities are terrifying and endless!"

In addition to the clickbait crackdown, Facebook is also prioritizing posts which use the company's link sharing feature over those which simply embed links in the body of their post. Facebook is planning to gradually roll out both of those changes over the next few months.