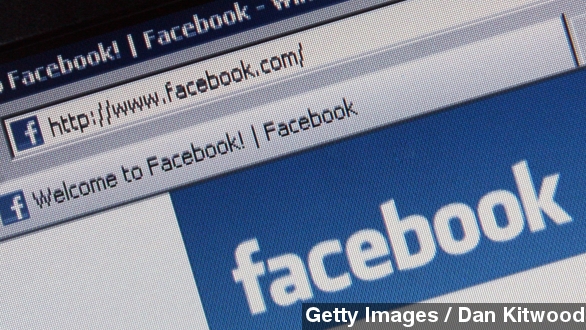 A Facebook executive issued a lengthy apology to members of the LGBTQ community Wednesday for a policy that inadvertently suspended or deactivated accounts of drag queens and others for not using their real names.

The kerfuffle between Facebook and San Francisco-area drag queens began two weeks ago when the social media network began enforcing an existing naming policy. Part of that policy reads, "The name you use should be your real name as it would be listed on your credit card, driver's license or student ID."

SAN FRANCISCO CITY SUPERVISOR DAVID CAMPOS VIA FUSION: "If they require sister Roma to go by a different name, why is it that Lady Gaga can be Lady Gaga, Charlie Sheen can be Charlie Sheen? There are a lot of people who have Facebook personas that are not necessarily reflected in the government-issued identification cards that they have."

So, the two sides met at Facebook's Menlo Park headquarters to hash things out.

Two things that came out of the meeting were both an apology and an explanation from Facebook's Chief Product Officer Chris Cox. He wrote, "The way this happened took us off guard. An individual on Facebook decided to report several hundred of these accounts as fake. ... The spirit of our policy is that everyone on Facebook uses the authentic name they use in real life. For Sister Roma, that's Sister Roma."

A statement posted on the Transgender Law Center's page called the meeting "productive" and said the community looks forward to changes from the company.

It's uncertain exactly why Facebook chose to try and settle the naming issue now, but many writers suggest the new social media site Ello, dubbed the "anti-Facebook," might've had something to do with it.

Ello launched last spring but saw a recent surge in customers after the Facebook's flawed naming rules came to the forefront. The Daily Dot called it "the great gay Facebook exodus."

Facebook's meeting Wednesday could've been more about taking away Ello's bite rather than righting a wrong, but Roma and Campos, the negotiator for the talks, both seemed pleased and expressed their approval on social media.

Chris Cox didn't say exactly what would be done to fix this issue but said Facebook is "taking measures" to better accommodate those affected by the policy.